Yesterday I visited the much anticipated trade show 100% Design at Olympia, London. I expected it to be very similar to my excursion to Decorex, however, I was proven wrong. I very much enjoyed Decorex last weekend but I felt much more at home at this event. Perhaps it was the designers, or it was the fact that the products and services were more accessible to the likes of little old me.

I spent a good portion of the day attending the talks that were laid on by the organisers. This was my plan as they had lined up some really great speakers.
First up was the WSGN‘s Spring/ Summer 2017 colour forecast. This was the first colour forecast presentation I had been to so I wasn’t sure what to expect. It was very interesting, she was VERY passionate about her words and clearly loved her job. My view of the forecast findings will be posted shortly. The talk was very inspirational, it really got me thinking about the way in which interior design and styling was heading. Eek, I want to get cracking now!

Next up was Josh Valman, Sebastian Cox and Keith Graham of Westbury with their talk entitled How to start a design business. Josh explained how it had all started when he was a young chap working on the massively popular ‘Robot Wars‘. I used to watch this with my Dad. Geek. Cutting a longish story short basically he chatted with some super high science and designer people, solved some problems for them, then solved some more problems for some big companies, and now runs an international company called RPD International and he is 20. Wow. I don’t think one person there wasn’t in ore of this success story. You could appreciate that he worked very hard for it though and thoroughly enjoyed his job. I applaud him. Next up was the accountant. I felt a bit sorry for Keith, poor guy had no chance against an UBER confident 20 year old and an extremely talented craftsman. Like Josh, a really nice guy, and incredibly easy to listen to.

Now, for Sebastian Cox. I don’t think my appreciation for him can fit into one or two paragraphs so I am going to do a write up of him and his gorgeous work over the next couple of days. It deserves it. He seemed like a thoroughly nice chap, an incredible talent and had a good business head on him which he admits doesn’t come naturally. Something that I expect a lot of designers can relate to. Questions at the end were manly directed at Sebastian. What a crafting legend.

I also attended How to pitch successfully , something that I won’t write up here as it was more for me to learn a new skill and gain confidence. But if you do want some more information on it just ask.

The last talk I went to was so good I made no notes on it. Literally I wrote the title How to make the best start in design. Anyways, the dude that really got the room’s attention was Neil Hubbard, senior designer at Heatherwick Studio. If you haven’t heard of him or the studio before, they are the group that designed the 2012 Olympic cauldron. Yeah, I know! Not only was he clearly very talented at his job, he was also a brilliant public speaker. Lucky man. He really gave some really valuable advice for graduates and alike about landing that first job. He interviews 3 people a day so is well placed to dish out the advice. He told us what to include in cover letters, folios and the CV.
On the panel with him was Charlotte Gorse, head of design at The Cass and Simon Hamilton, interior designer and business owner. They were also incredibly interesting, and gave comfort to us all that it can happen for you. One lady in the audience asked if her being an accountant for 20 years previously would go against her. I was particularly interested in this, as having a few non design rebated jobs and of course taking a break (ha, ish!) from working to look after my 2 children. They all agreed with enthusiasm that it most definitely was not a negative and to be proud of other talents. That was a big ‘phew’ from me I can tell you. They did talk about other bits and pieces but the lack of notes hasn’t helped. Sorry.

Such a thought provoking day, really enjoyed it. 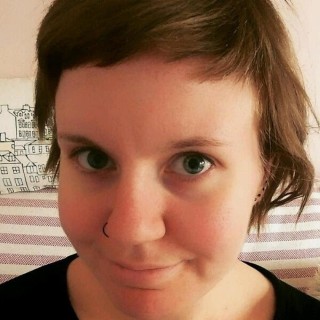